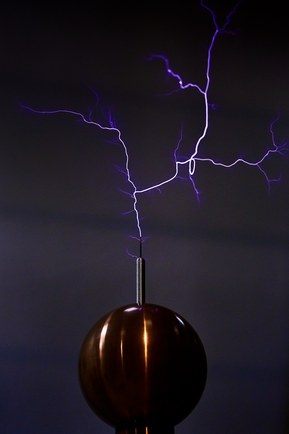 Direct current is making a successful comeback. More than a hundred years after the War of the Currents and the resulting triumph of alternating current in the late 19th century, the benefits of direct current have once again become relevant today. This is down to two factors: The number of electric appliances and LED lighting in private households that run on direct current and the growth of direct-current generators, including photovoltaic units and battery storage units, that can feed direct current into the grid.

Although this energy revolution – which slightly overlaps with the much-elucidated transition to renewables – has clear benefits (part 1), it also poses major challenges. With this in mind 15 affiliated partners such as Siemens, Bosch Rexroth, Daimler and research institutes such as the Fraunhofer Institute for Manufacturing Engineering and Automation and 11 associated partners from industry, including LAPP, initiated the cross-sector direct-current research project DC-Industrie. The project is being financed by the German Federal Ministry for Economic Affairs and Energy; the budget is around ten million euros.

The aim of DC-Industrie? To create an intelligent, open DC grid in industry for highly efficient system solutions with electric motors. The research group’s main concern is the answer to the question of whether the envisaged energy-saving targets in the double-digit percent range can be achieved.

In this context, LAPP believes it is a matter of wanting to “better understand the requirements placed on cables for direct current applications”, as Guido Ege, Head of Product Management and Product Development at LAPP, puts it. After all, switches and fuses are not the only components that need to be adapted in the switch-over to direct current. Cables for high-voltage direct current systems, for example, are forced to withstand the differing electric field distribution between AC and DC.

To provide verified information on the differences between AC and DC operation, the VDE Testing and Certification Institute has compiled a standards roadmap containing recommendations for action, including setting product standards with protection against residual current and arc faults, the application of harmonised EMC standards to DC facilities and the separate installation of AC and DC circuits. It is also worth defining voltage levels and a colour code for DC cables.

Oskar Lapp made great inroads with colour codes. In the 1950s, the company founder introduced the conventional colour codes for single cores still used today – the visionary starting signal for an innovative company. This ingenuity is just what we need right now.